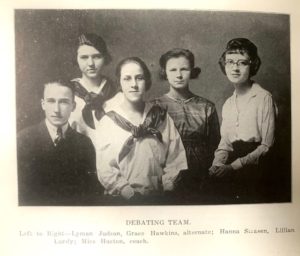 The Plymouth High School Debate Team won the State Championship in 1920, which was the first State Championship for a Plymouth team or individual.  This year is the 100th anniversary of that milestone.   88.1 the Park Station Manager, Bill Keith, spoke with Salem Social Studies Teacher, Darrin Silvester, about the significance of the team and victory.