We have some pretty important news for you…

You have front-row season tickets to the hottest high school action. And how do you get it?

Tune in to 88.1 The Park’s broadcast of Rocks, Chiefs, and Wildcats sports as we win our way through the area. With Sports Director Rohan Ghantasala and his sports team, you will always be in the know!

88.1 the Park’s High School Sports Broadcasts are brought to you by Rich Eisiminger and the Rich Realty Group of Plymouth and the United States Army. 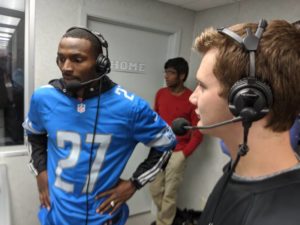 88.1 the Park Play-by-Play Announcer Owen Oszust interviewed Detroit Lion Cornerback, Justin Coleman, during the first quarter of the Plymouth vs. Salem game.  Coleman was at the game for the Detroit Lions High School Game of the Week. 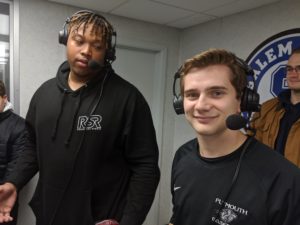